The Au(111) surface state is a well-known structure studied in angular resolved photoelectron spectroscopy (ARPES) and often used benchmark for the performance of analysis systems. However, most studies mainly deal with the surface state of the first Brillouin Zone and the famous Rashba splitting of the electronic states. Just a few studies have looked beyond due to the challenging experimental access to the second Brillouin. With laboratory sources the electrons have to be detected in an ultra-wide acceptance angle cone, while at Synchrotrons high excitation energies can be used. One study among those is a work by Dendzik et al. from the Group of Philip Hofmann from the ASTRID Synchrotron at iNano Institute in Aarhus, Denmark. DOI: doi.org/10.1103/PhysRevB.94.201401

In their work, the influence of the herringbone reconstruction on the appearance of the surface state has been revealed, as a trefoil knot-like structure in higher order surface Brillouin Zones.

We could observe these effects in a lab-based environment using He II VUV light (40,8 eV photon energy) by using the ASTRAIOS 190 2D-CMOS due to its peerless wide angle shifting lens with ±30° acceptance angle. 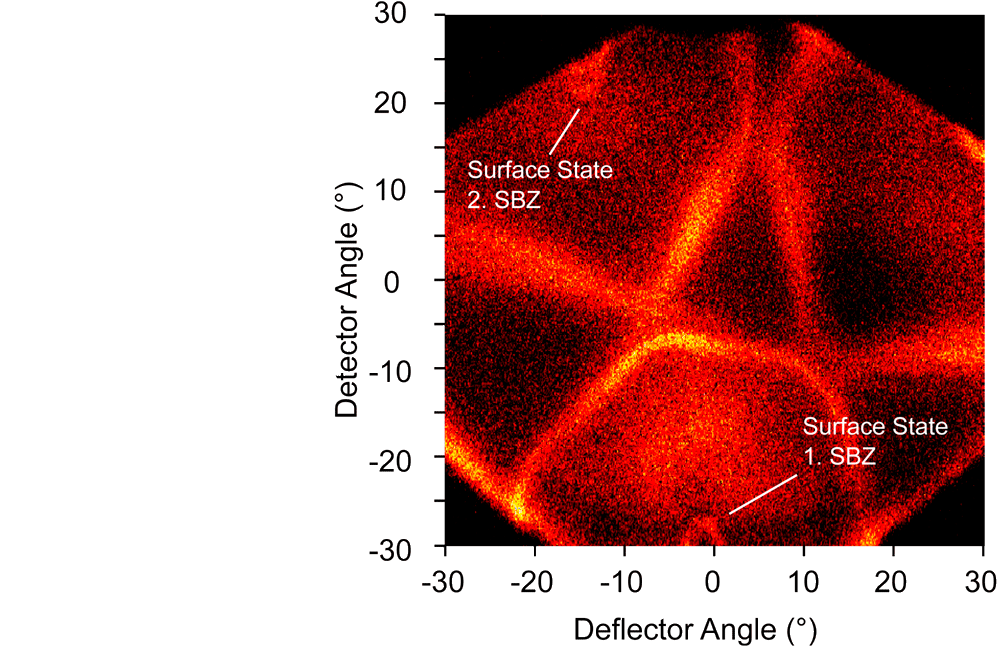 Product Page ASTRAIOS 190 2D-CMOS
Back
Your web browser is deprecated
This could effect the presentation and some functions of our website.